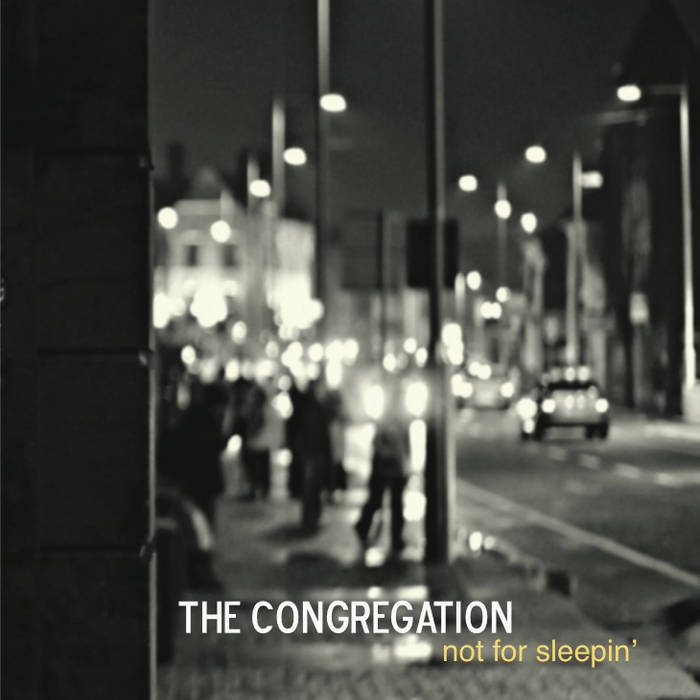 Not for Sleepin' is the debut EP from Chicago soul powerhouse, The Congregation.

The soulful debut EP from The Congregation – seven songs from an eight piece Chi group steeped in classic soul styles from Motown to Memphis, Philly and Chicago! The sound is remarkably assured, almost perfectly realized live band soul, all the more incredible given their relative youth. It sounds like the work of a group that's been at it for decades rather than just a year – fronted by powerfully soulful vocalist Gina Bloom – with guitarist Charlie Wayne and drummer Dan Wendt co-writing the original songs, plus Brian Crane on trumpet, Nick Nottoli on trombone, Joe DeBord on bass, Jay St. Germain on sax and Chuck Sansone on keys. A little bit of funk, a little bit of rocking soul and a little bit of electric blues roll into their sound – truly strong, standout stuff from a group that's only getting started. You get the feeling that the best is definitely yet to come from them – and they're pretty great already! Includes solid originals "Not For Sleepin'", "This Could Be You", "He's Gone", "A Good Man Is Hart To Find" and "Save The Wine" – plus a sultry soul cover of "I Wanna Be Your Dog" (yes, really!) and a sweet take on the ever adaptable "Little Sister". © 1996-2011, Dusty Groove America, Inc.

Recorded and mixed by Michael Andersen at West Town Recording

Bandcamp Daily  your guide to the world of Bandcamp